I like to think of the world as a community, a large, sometimes dysfunctional community, but a community nonetheless and what is a community for if not to provide people from whose mistakes we can learn? One person’s mistakes are another person’s lessons. So here’s what I have to offer today in the way of lessons:

If you were thinking about packing a Tupperware container full of gooey macaroni and cheese and then leaving it in your refrigerator for an inordinate amount of time. Don’t. It will take on a life of its own, grow fur, but not the cuddly kind, and growl at you when you re-open the container. It will look and smell like a feral animal, but no amount of love and patience will tame that beast. It’s best just to put it down humanely. 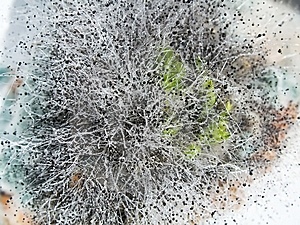 This guy is never going to fetch you the paper. (image via dreamstime)

If the free sample of fabric softener that came in the mail is punctured and covered with gummy dried fabric softener and bits of disintegrating cardboard, you probably shouldn’t use it. The bear on the front looks cute, but he’s not responsible for the outcome of your laundry. And just touching the package will leave a permanent cloud of Springtime Freshness attached to your fingers, which, though it sounds pleasant enough, will become obnoxious when you are shoving beer or chocolate or any food item that is not Springtime Fresh in your mouth.

If you’re making yourself a healthy omelet in an effort to detox from the weekend’s culinary transgressions, you should probably not add half a bottle of olive oil to the pan.  Unless of course you’re vying for a spot in one of those internet articles, “Ten Healthy Items That Have More Fat Than A Cheese Burger.” I’m all for having goals, but eating a cheese burger would probably be more satisfying.

Don’t futz with a tried and true dessert recipe unless you are prepared to eat the whole thing yourself. Your family wants regular old graham crackers and the devil’s sugar in their Reese’s Peanut Butter bars. The addition of honey and flaxseed won’t please anyone unless you’re talking about a family of bears or children who’ve lived on a commune and never had dessert before.

And finally, do not under any circumstances, let Hubs take a sip of your beer. He sips like a freshman frat boy beer bongs. You’ll get your beer back half empty. You can try to put a positive spin on it by saying your beer is half full, but the bottom line is you still only have half a beer. And that’s sad. The kids won’t let him have a bite of their treats for exactly the same reason. In his mouth lies a vortex of consumption. You have been warned.

I hope these lessons have reached you in time. I couldn’t bear to think of you wandering around bewildered with hairy Tupperware and half a beer in your Springtime Fresh fingers. I don’t want anyone else to suffer needlessly. Because I care.