During the mid 90’s, between college and graduate school, I supported myself by waiting tables at mid-range family restaurants. Those were the fajita years, when it was chic for almost every restaurant except sushi bars to offer a platter of sizzling meat, onions and peppers on their menu. I don’t know exactly what goes into the fajita marinade, but I do know that the smell is nearly impossible to get out of clothing and hair. Serve one piping hot fajita and you smell like you should come with a side of tortillas for a week. I haven’t been able to eat that Tex Mex creation since. Even a Chili’s commercial is enough to make me cringe. This story really has nothing to do with fajitas but I felt it important that you know this about me in case we ever dine out together.

Anyway, at one point I worked at a fajita serving national chain with a rambunctious bar staff and a kitchen filled with ex-cons. Apparently the company received a tax break for hiring the recently incarcerated. You’ve got to respect the great mind that came up with that idea. “Let’s put parolees and college age girls in short skirts together in a stressful work environment.  What could go wrong?” There were a couple of guys who made me nervous, especially one who liked to offer me services best left in the penitentiary whenever I asked him for a clean salad plate, but I never ended up as anyone’s b!t@h and that’s what’s important. 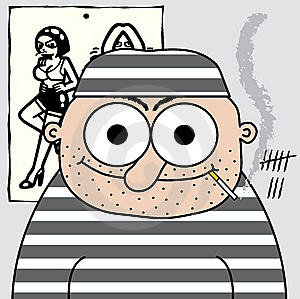 Hey, did you know I can smuggle a ramekin and a pack of cigarettes in my butt? Want me to teach you how?

During this period of time I spent a good portion of my off-duty hours hanging out with my co-workers, sitting in bars drinking. When you’re tired and smell like fajitas and fries, drinking copious amounts of alcohol sounds like a good idea.  Let me just say for the record that drinking with bartenders isn’t for the faint of heart. I had a decent alcohol tolerance back in the day due to diligent training at the university pub, but even so, I always, always, always over-shot my abilities when I went out with bartenders. 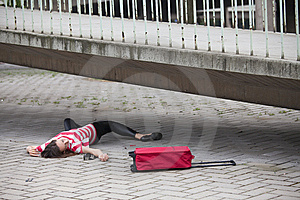 Do not drink with bartenders and then attempt to travel. (image via dreamstime)

First of all, there is a brotherhood. Bartenders give other bartenders (and their friends) free drinks. It’s easy to lose track of how many drinks you’ve had when a new one automatically appears in front of you as if you’ve discovered the magical Fountain of Booze. Also, like an Italian mother, they always want to introduce you to any eligible new beverage arrivals. “This is Goldshlager. He’s new to the neighborhood. He’s cinnamon and contains real pieces of gold!” (For the record, gold loses its glamor when resting in the contents of your stomach.) Bartenders also enjoy inventing drinks and then sharing them with friends. I can tell you from personal experience that if a drink is called A Weekend at Bernie’s, chances are you’re going to end the night toes up near the toilet bowl. 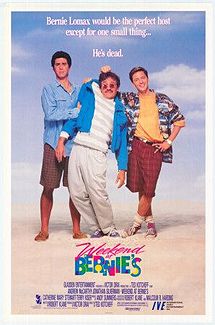 One night I was out carousing with a group of bartenders and reformed kitchen staff and sometime around drunk-thirty, after receiving the full bartender treatment I realized that I was no longer capable of safely operating a car or even a shopping cart. I was barely capable of safely sitting in a chair. In fact, I may have maimed someone in an unfortunate game of darts. Luckily there was a Denny’s in stumbling distance so off I went on foot, two ex-cons in tow, to fortify myself with a greasy late night meal. Formerly incarcerated kitchen staff tend to follow drunk waitresses around because they typically need a ride and/or a place to crash until the bus service is up and running. 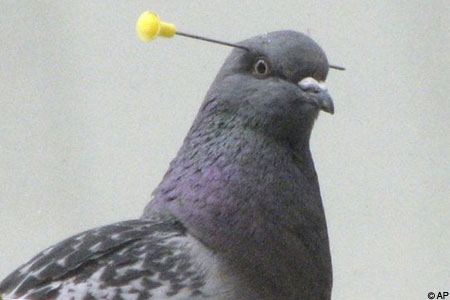 Luckily there were no pigeons in the bar that night, though this guy seems remarkably unfazed by his new head-gear. (image via AP)

I don’t remember what I ordered, but the orders of my co-workers are etched into my mind with a blow torch. Evidently Emily Post never made it down to the Big House to advise the inmates of proper table manners. It was a train wreck reenacted with breakfast foods. Watching one of my companions annihilate a Grand Slam in a manner that would have made farm pigs stand up and cheer was enough to push my alcohol burdened stomach over the edge. I made it as far as the front desk before projectile vomiting for the viewing pleasure of all the other drunks entering and exiting the restaurant. Check please. 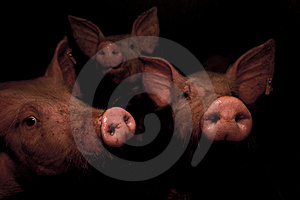 Nicely done! Hey, that's not bacon, is it? (image via dreamstime)

The next morning I awoke in a nearby hotel room, my two egg-covered companions asleep in the other bed.  I spent some time lying there extremely still in a cloud of fajita cologne, so as not to disturb the other bed’s occupants or the speed metal band living in my skull while I reevaluated my extra curricular activities and life choices.  Sure I was fully clothed and hadn’t acquired any mysterious new tattoos but I wasn’t itching to pick up the phone and tell my Dad or anyone else about my evening either. In fact, climbing out the second story window seemed like a good alternative to walking by the front desk.

I decided that trying to keep pace with people whose partying experience far out-distanced my own was not good policy unless my life goal was to grace an episode of Cops. A lofty goal certainly, but not my own because watching the show isn’t as fun when you’re the sloppy, shirtless person being arrested on camera. But you know, sometimes you don’t realize that your life is a poorly aligned Toyota veering off track until the realization smacks you in the face like egg yolk on the goatee of a parolee. And sometimes that realization will make you hurl in a national food chain. Humiliating as that is, it’s a better alternative than not having the realization at all. Just ask any of the blurred faces in a Cops episode. 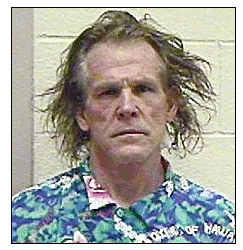 If only I had thrown up in a Denny's.