Warning: You can’t process this blog post with a normal brain.

I’ve been trying to follow the law of attraction lately. You know, the whole “like attracts like” theory, which states that the thoughts you put out there ultimately attract positive or negative things to you depending on if you are a mental ray of sunshine or possess more of an Andy Dick on a bender attitude… 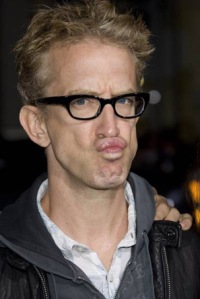 “No you are not. Has any ever told you that your head is enormous?” (image via starpulse)

Anyway, I’m a fairly positive person but I do spend a lot of time going over worst case scenarios in my head and I decided one day after reading about the law of attraction on someone’s blog (isn’t that where everyone gets their pertinent information?) that I didn’t necessarily want to attract some of the things I’d been thinking about. Maybe I should spend less time thinking about homicidal maniacs breaking into my house and more time thinking about unicorns and rainbows and Ryan Reynolds’s abs. 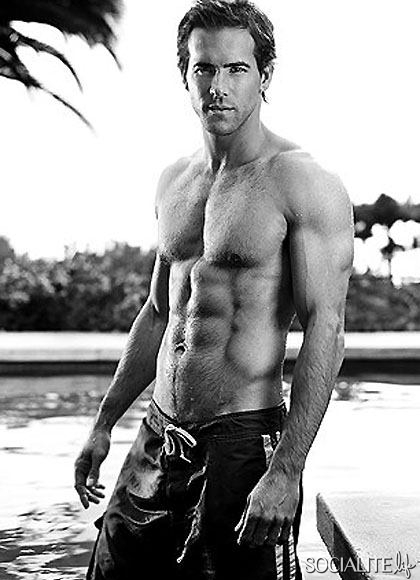 I decided to test this theory by focusing my thoughts on something I really wanted.

Specifically a house. More specifically the HGTV Green Home. And how I was going to win it.

Oh look, there I am in the window with a glass of organic wine. (image via hgtv.com)

Then I thought, who knows more about winning than Charlie Sheen? (Granted, someone might know more about this subject, but they don’t talk about it in the media and so I haven’t heard about them and therefore they don’t count as totally bitchin’ rock stars from Mars in my book.) And since I’m pretty sure that I also possess tiger’s blood and possibly Adonis DNA (although I’m less sure about the latter) I decided to take a page out of the book of Charlie.

Now I should be specific here. I don’t want to actually be on the drug called Charlie Sheen, because I don’t want my children to weep over my exploded body and I don’t particularly want my face to melt off either, but certainly his winning attitude would be handy. Who doesn’t want to be a battle-tested bayonet? 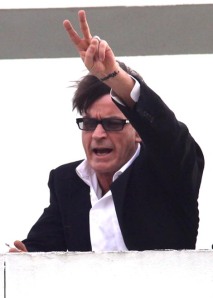 Even Charlie Sheen wants to be Charlie Sheen, because he’s winning. It says so on his wrist. (image via starpulse)

I focused my mind, evicted the psychological fools and trolls, who are really hard to evict even for Charlie Sheen, and concentrated my energy on imagining myself winning that house: being notified, packing up our stuff, moving across the country, acclimating to our new neighborhood and living a blissfully green existence in our new, eco-friendly home practically just down the street from Nana and Grandpa. Winning!

Okay, it is true that I had to occasionally redirect my worst case scenario thoughts when I started to think about lightning strikes and necrotizing fascitis and depressed daughters who have been separated from their BFFs and then start hanging out with the wrong people and doing drugs and flunking out of school and eventually running off to become one of Charlie Sheen’s goddesses. (I’m sorry, Charlie, you are an inspiration, but that thought is still horrifying.)

Still, I was pretty diligent about my positive thinking. Anthony Robbins even put me on speed dial for an inspirational Charlie quote pick-me-up.

I was all like, “Anthony, you’ve got to stop pretending that your life isn’t perfect and bitchin’ and just winning every second. Now if you’ll excuse me, I’ve got poetry in my fingertips and I need to put it in a blog post.”

(That conversation didn’t actually happen. But only because he doesn’t have my phone number. Or any idea who the heck I am.)

“Are you my housekeeper, Magdelena?” (image via wikipedia)

However, as it turned out, some random woman in Texas was an even bigger winner than I was and attracted the house instead. She might have been an actual goddess. I was understandably disappointed and seriously considered challenging her to enter my octagon to meet with my fire-breathing fists, but decided that that could be construed as counterproductive and possibly illegal…and really the sort of invitation that should only be extended to CBS and the creator of Two and a Half Men.

Then I noticed that I had attracted a crap-load of other positive things to myself. Apparently my positive thoughts weren’t limited to green homes. I’d list them here, but I don’t want to gloat or demonstrate how low my standards are, because according to the Sheen, you have the right to kill me, but you do not have the right to judge me.

So my point is…dang it, what was my point again? Oh yes, think positively! Think like a winner! You might not get the thing you were shooting for, but it’s highly likely that God’s great dane will squat in your front yard and deposit the mother-load of blessings on your lawn. And you don’t even have to bag that shiznit because it is. Pure. Gold.

Would you look at that? I’ve tapped into my inner Charlie Sheen and am now making my own inappropriate inspirational quotes.