I’ve never trusted the number 43. It has always struck me as a surly and suspicious number–up to no good.

For instance, Dale Earnhardt Sr. died in the 43rd running of the Daytona 500. Don’t watch Nascar? Me neither. But I saw the movie Cars and it’s still ominous.

Our 43rd president choked on a pretzel and during his tenure the Twin Towers were attacked by a group of extremists looking to hook up with virgins in the afterlife. Then we went to war a few times. Whether or not you are a big fan of “Doubleya”, I think we can all agree that some bad shiznit happened during his tenure. And also that he can’t handle his snack food.

Chew your food and vote responsibly. (image via a magnet someone gave Hubs)

Not convinced?  How about this: Interstate 43 runs through Wisconsin, the dairy state. I’m lactose intolerant. And I hate cold weather.

The proof is there, people!

A psychotherapist would probably tell you that this prejudice is due to my mother’s death. She was 43. 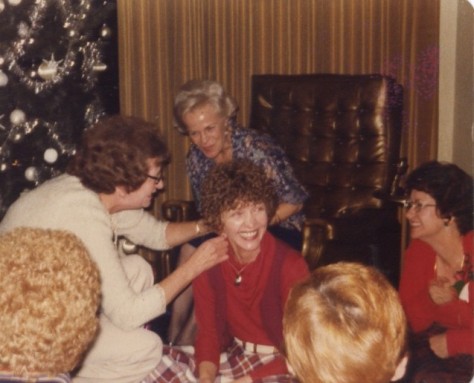 I’m not going to argue the point. My mother’s death made me strong, independent and a wee bit effed up. If you are a parent, you should go out of your way to live forever or at least until your children reach adulthood. Untimely deaths in the midst of their childhoods will screw with their sweet little brains and leave them with baggage.

Like my extreme disdain for and obsession with the number 43. And my mild hypochondria. And deep abiding love of Carol Burnett. The list goes on.

The age of 43 has always loomed ahead with a flashing sign reading “Mortality”.  It is a marker, a milestone, a year of great meaning and pathos. My 26th year, the age of my sister when she died, was another marker. But 43 is 26 on steroids.

When I had my first child, a year older than my mother had been when I was born, the age obsession kicked into high gear.  You see, my fear wasn’t so much of dying as it was/is about leaving my children. Textbook, I know. If you want to bring me in to your Psych 101 class, you’re going to have to give me plenty of advance notice.

Anyway, today I’m turning 43. I’ve hit my milestone. And since I’m knee-deep in psychological baggage, I predict that this year will be full of personal wackiness. More so than usual. I could be a bit high-strung and so I felt the need to warn you, since much of it may end up in my posts.

Buckle up, folks. It may be a bumpy ride.

Note: my son just came into the kitchen with his pants around his ankles and stated that he is 43. Then he turned around and waddled away. How he came up with the number is a mystery since Hubs keeps telling the kids that I’m 25. I think the fact that Conor was flashing me during his statement was significant, though in what way I can’t be sure.

No, I’m not making this up. And yes, it did completely freak me out.