I write a humor blog over here at Fathead Follies. It’s not a health and wellness or a cooking site. However it’s flu season at the Fathead household and this past month has been particularly festive if you love misery. For some reason, this time around I’ve been the sickest of the bunch and the resulting delirium has spurred a temporary departure from my usual format. And apparently reality in general, which might explain why in the past week I’ve:

By the way, it’s my contention that purgatory is gripping the sides of your commode while your four-year old stands in the bathroom doorway playing the theme song from Thomas the Tank Engine on loop like some sort of demented John Cusack in a preschool version of Say Anything.

If only Peter Gabriel had written the Thomas theme song.

Anyway, I decided to make my own homeopathic cold remedy using only the healthiest ingredients. I call it…

Here are my instructions:

Boil two cups of organic sugar and two cups of water from one of those crazy filtered water stores.

Sure you could use tap water but we Californians don’t feel comfortable unless we’ve paid a premium price for our water and dispensed it from a bottle. Also, I’m fairly sure the raccoons have been poisoning our water supply and the kids really enjoy riding the cart at the water store. If you’re going to spend the evening whacked out on my home remedy, the least you can do is bring them some joy with a water cart ride first.

Boil your premium filtered water and organic sugar for one minute. DO NOT walk away from the stove. Otherwise you’ll lie down, forget you’re boiling something and ruin another pan.

Remove from heat. Be careful not to spill it on yourself. Boiling sugar burns like molten lava and you don’t want to be spotted running out of your house screaming like Richard Pryor after a crack fire. 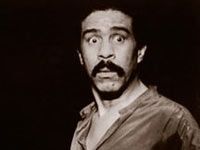 Sugar and cocaine are remarkably similar at high temperatures.

Pour your simple syrup over the zest of two limes and 1/2 cup of mint leaves. Be sure to use organic limes and mint grown by vegans and sold in a local farmer’s market. You’ll feel better about yourself. Steep for 30 minutes. Strain your simple syrup and chill it in an energy star refrigerator.

Now eat the solids because not only does it taste like the best minty lime candy ever, you’ve just gotten a dose of fiber and prevented scurvy. And we all know that scurvy leads to a peg leg.

Now take some lime wedges and a half cup more mint and muddle them with feeling in the bottom of a pitcher. Add crushed ice, a half cup of lime juice, one cup of your lime/mint simple syrup and a half liter of rum. The rum doesn’t have to be organic because the distillation process kills pesticides…I’m pretty sure.

Note: feel free to use any color rum you like. I firmly believe that a rum should be judged by the content of its character.

Serve your remedy in a glass with more crushed ice, soda water (the extra expensive brand purchased at your local Whole Foods allegedly uses carbonation obtained from the intestinal gas of woodland fairies) and my secret ingredient: Antihistamine.

One glass of this and you’ll forget you’re feeling bad. As an added bonus, the antihistamine will prevent you from leaving a pool of snot on your floor when you face plant on the way to your bathroom.

I’m not sure which is more disturbing: that I had my 4-year-old take this picture or that my linoleum looks that bad.

Author’s note: This was written two weeks ago. I’ve since come down with another flu virus. This cannot be attributed to the Mojitos, however, so drink up.