Warning: The following is a snapshot into my psyche. Much like the movie, The Blair Witch Project, it’s mildly frightening with an unsteady focus that may cause motion sickness and/or trigger epileptic seizures.

I’ve done it. I’ve reached another milestone in my nihilistic life schedule: my 44th birthday. Against all of my personal expectations I exited my 43rd year of existence still breathing. Amazing but true.

If you’re scratching your head right now and wondering why this is such an astounding feat, you can step back in time and read this bad boy to catch up to speed. I’ll wait here. 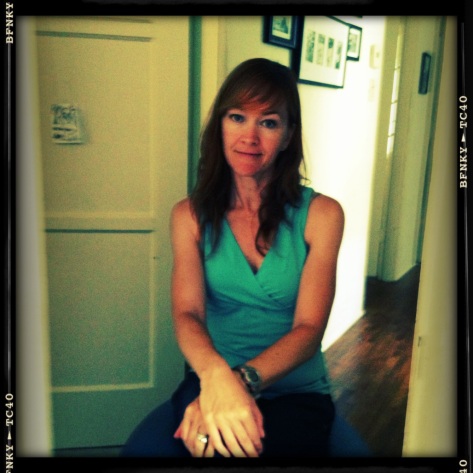 Take your time. No rush. I’ve got to pick up my son from preschool but he can wait.

Even before my mother died I was obsessed with dying young, a notion fed perhaps by my fervent belief that I was Martin Luther King Jr. reincarnated as a small white female and my misguided romantic notions of martyrdom. I staged my own death at the tender age of five to gauge my family’s reaction. For the record: their reactions were extremely disappointing and I immediately wrote them out of my will, a slight that moved them even less than my faux-death, despite my impressive collection of tattered stuffed animals. Those people were cold.

Actually I was pretty zen about the whole idea of an early death for most of my life, having adopted a Richard Bach death-is-merely-a-new-adventure attitude. I was fairly certain that after death I’d achieve total enlightenment, a huge welcome party at the pearly gates and a perfect complexion, all of which seemed pretty freaking cool. Then I had kids and my zen went out the window along with my sleep schedule, replaced by the irrational fear that I would leave my children to struggle without a mother in Captain Agro’s Mini Boot Camp for Semi-Orphans. 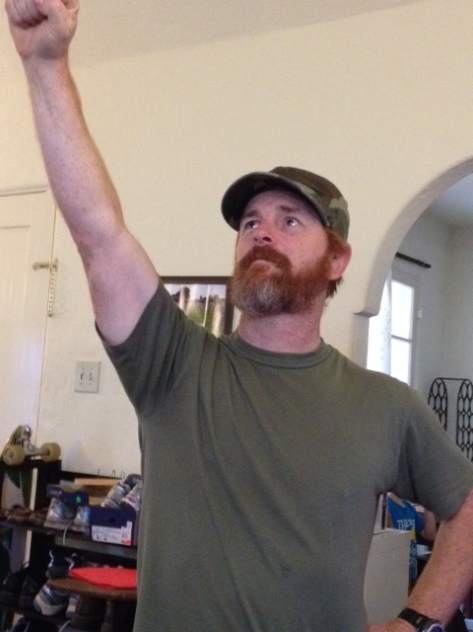 Despite the uncanny likeness to Castro, Captain Agro maintains a strict Wipe-Your-Own-Butt policy.

You would think that after my malignant shoulder tumor turned out to be a sore muscle brought on by advancing middle age and I didn’t suffer a fatal heart attack while training for my 5K, I would’ve been freed from my psychotic burden. Not so. By the end of the year I’d battled Parkinson’s, MS and various forms of cancer all within my own imagination while lying in bed planning my memorial service, which by the way will be way better than the memorial service I planned for myself when I was five.

Anyway, I was expecting to feel relieved and elated about breaking the 43rd barrier, like a giant weight had been lifted from my shoulders. I figured I might even throw myself a Dodged That Bullet party or have some sort of wild weekend in Vegas with The Hangover cast. However, when it came right down to it, the thought of outliving my mother didn’t make me want to party. In fact it just made me sad. Just when I think I understand my own psyche. What a buzz kill. 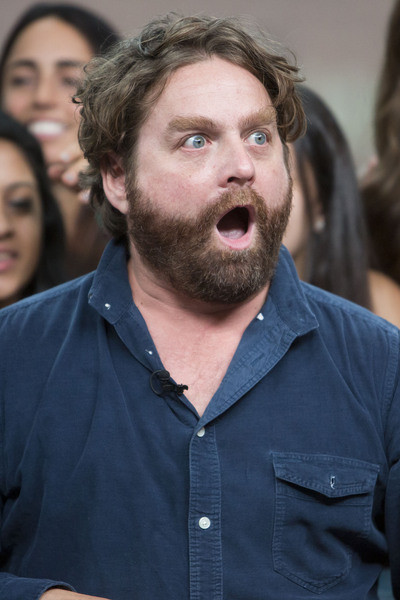 Zach is taking this particularly hard. He didn’t know my mother but he was really looking forward to the wild weekend.

And to top it off I was over-scheduled, which made it hard to properly obsess and wallow in my angst. I kept thinking, “Is this how I want to spend potentially the last few months of my life? I should be reaching enlightenment sitting in an ashram in the heart of India or some other deeply meaningful nonsense that will vex my husband.”

Then (BAM!) my birthday came and went and life went on almost as if I wasn’t the center of the universe, which is weird because I’m pretty sure that I am.

Kidding. I was just trying on narcissism as a possible replacement for hypochondria.

So I’ve been wandering around a little aimlessly in these first couple of weeks of my 44th year. I mean, my death is no longer imminent and my memorial service is already planned, what to do with myself? Perhaps I’ll look at these as bonus years and just do whatever the fark I want (within reason–I do still have children to care for). The ashram is probably out…or maybe not. Do ashrams have reliable child care? I could be ashraming next week. Who knows? I’m a wild card.