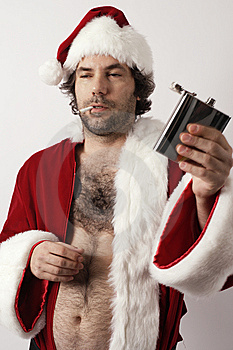 Can I be frank? Christmas has a history of being an emotionally loaded holiday for me.

My mom lost her battle with cancer on December 21st, 1979. (To my knowledge the Mayans did not predict that event.) I was ten.

It immediately became clear after Mom’s death that she had been single-handedly holding the entire family together and making Christmas magical. Without Mom’s deft talent of redirection, I discovered that we were ill-suited to handle family togetherness and joy.

For one thing, my father hated the holiday. He was a social worker with Child Protective Services and, as any social worker or police officer can tell you, Christmas is a time for killing your loved ones. He spent the holiday marinated. Everyone else was just as miserable. 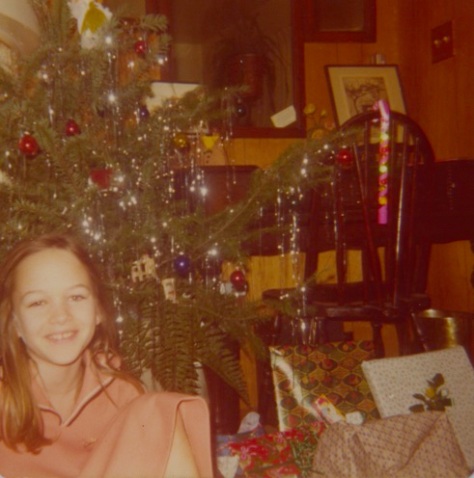 Here I am in front of our Charlie Brown Christmas tree in an ill-fitting thrift store dress, blissfully ignorant of the impending misery.

I tried my best to slip into Mom’s shoes and resurrect the Christmas spirit, but those shoes weren’t made for a ten-year old. I started finding ways to desert my family during the holiday. When I got older I would often spend Christmas alone watching depressing foreign films and thinking deep thoughts while wearing a beret.

Reality check: I’ve never worn a beret. They don’t fit my head. However when I picture that time period I see myself as a sad mime with a beret and white gloves, trapped in a box—not a real box that would spare the world the horror of a mime performance but a pretend box so that everyone could suffer through my melancholy along with me. Because I’m a giver. 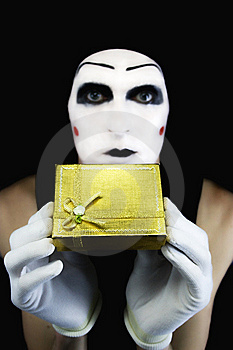 Sad mime wants to give you a present. How sweet.

Then I had kids and rediscovered the magic of the holiday. There is nothing more satisfying than hoodwinking a trusting child into believing in that magical bearded toy schlepper, Santa Claus. Against all odds Christmas came from dead last to miraculously take first place as my favorite holiday. Disney could make a movie about that sh!t…oh wait, they have.

But this was a weird Christmas. I’m 43, the age my mom was when she died and that fact took some of the sparkle out of the holiday. Perhaps due to this fact, my current family decided to do a serviceable impression of the dysfunctional family of my youth. They were probably trying to help me work through some stuff. It’s sweet really. Sweet like a bottle of Vics 44 with a rubbing alcohol chaser. 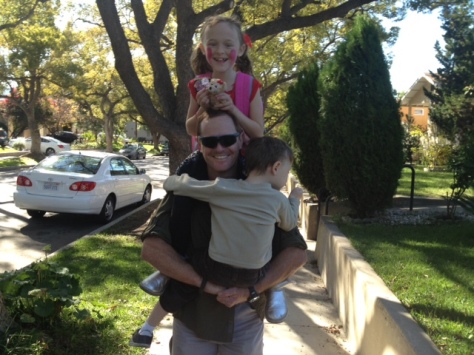 I love these people though they torture me so.

Picture Hubs watching a UFC match while we decorated the tree, complaining that we were blocking the fight, Riley ditching me at the city’s tree lighting ceremony to spend time with her friend’s family, Riley and Conor yelling at each other and slamming doors, Hubs complaining that I was trying to kill the whole family during a manic drive to look at Christmas lights (in his defense it did cross my mind). It was all so achingly nostalgic. And through it all I kept my teeth clamped together in a pained smile and trudged along, determined to make it a joyful holiday. 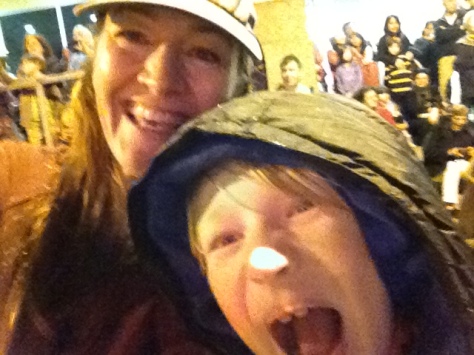 This child isn’t related to me in any way but was kind enough to stand in for this photo depicting a joyous holiday occasion.

And it was joyful at times. We had some good moments. Moments when I didn’t feel like Chevy Chase right after he received the certificate for the Jelly of the Month Club instead of his Christmas bonus in Christmas Vacation.

Sure most of my planned activities backfired, Hubs bought himself a motorcycle as if the audio book he received from me was insufficient and Riley lamented immediately that she didn’t get everything on her list which read like War and Peace (seriously, Santa would’ve had to rent a semi to deliver all of her requests). The important thing to remember is that we were all together, nobody got arrested or “voluntarily admitted” and we didn’t actually kill each other.

And one day all of the insanity will make for precious family memories. Like when I tried to explain to Riley why her friend wanted to hang out with her own family instead of us, even though Riley had no problem dropping us at a moment’s notice to spend time with them. I was trying to explain it in an upbeat I’m-too-cool-and-self-confident-to-mind kind of way with just a splash of guilt thrown in because I actually did mind when Riley responded in a stricken voice, “I didn’t realize that I didn’t like you” and then I nearly drove into oncoming traffic. We laughed about that later. Some of us more than others. 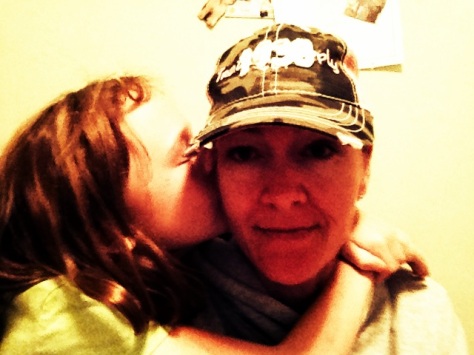 See what I mean? Precious.

Anyway, I hope your holidays were also filled with precious memories or at least adequate Zoloft and I hope this new year is filled with more joy and less sensationalist tragedies.  May we all find a way to nourish our creativity and still get the laundry done.