Well it was inevitable, I suppose. There are certain things that naturally occur. If you have a keg party somebody is going to pass out on your bed and if there is a mass tragedy somebody is going to come up with a conspiracy theory. And then you will read about it on your Facebook page in between pictures of somebody’s dinner and a cute meme.

So it seems that there is a small but vocal community that believes that the bombing was staged.  Apparently, the wounded people on the ground were not acting as freshly bombed as one would expect and there was insufficient arterial blood spray. In a tragedy you want as much arterial blood spray as possible, you see. Duh. I saw enough Friday the 13th movies to know that. Without it you’re just making another Leprechaun.

This picture and caption would have also worked as a promo for the Mr. and Mrs. Smith movie.

Anyway, the conspiracy theorists were kind enough to put up a sequence of post bombing pictures and walk me through “the staging” so that I could see for myself how it actually went. It was impressively narrated by someone with professed EMT credentials. I took them at their word about their credentials because people on the internet never lie. At least that is what I was told by the West African man who requested emergency funds and nude pictures from me.  The conspiracy theorists didn’t state how many bombings and staged bombings they’d been to but I’m sure it is extensive.

Anyway I was totally with them through their conspiracy lesson right up until they added the Newtown shootings and 9/11 as additional staged tragedies. That gave me pause because, wow, what a talented group of tragedy stagers that would take! I mean, as anyone who has ever seen an Ed Wood movie can tell you, it’s really hard to make fake planes look real. Or maybe the planes were real and the buildings were fake? Or maybe the whole scene was claymation? Okay, I’ll admit I’m fuzzy on the details of that particular conspiracy, because I tend to tune out and start thinking of possible paint colors for my living room when people talk about it.

“I want to be a terrorist!”

But here is what I do know based on my history as an occasionally employed actress and frequent movie goer:

You never go smaller with the sequel.

You don’t pull off a mega blockbuster and then follow it up with a quietly heartbreaking independent film. George Lucas didn’t make Star Wars and follow it up with The Empire Suffers Quietly In A Coffee Shop.  It’s not the Hollywood way.  If you have successfully staged the attack and annihilation of a section of New York by foreign terrorists then you have to go even bigger for your next staging. Like the annihilation of the entire Midwest by aliens. Am I right? Tom Cruise, back me up on this. 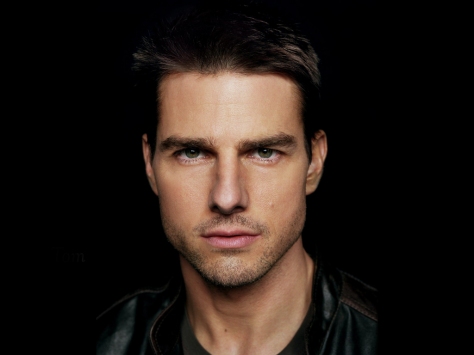 “It’s no staging. The mother ship is coming.”

So I was totally ready to write this whole conspiracy thing off, but then I got to thinking. I’ve had a lot of birthdays–what if those were all staged by the government? What if I’m not 43? Which would make a lot of sense given my maturity level, fashion sense and fondness for Dubstep.

What if nothing bad has ever happened: the holocaust, Hiroshima, that weird dude I slept with in my 20s because I felt sorry for him. What if none of that had happened? What if I’m really 21 and sitting in a pod somewhere with a plug in my head? What if I’m Neo or that really hot chick in the black latex suit who can do flips in slow-mo? What if I’m the chosen one sent to free all of you from your pods?

You said it, Keanu.

That is a massive responsibility and some mornings I can’t even find my car keys. But I’m not going to shirk my duty. I will not leave you plugged in like last year’s iPad. You’re getting upgraded! Or downgraded. Actually I’m confused by my metaphor, but the point is that all of the hours I spent watching X-Files episodes and last week’s Mud Run has prepared me for this moment. I will not let you down!

PS. Does anyone have any Baby Powder I can borrow? I’m having a hard time getting into my latex suit. You know what, I’m just going to wear some black yoga pants instead. Don’t take the blue pill!